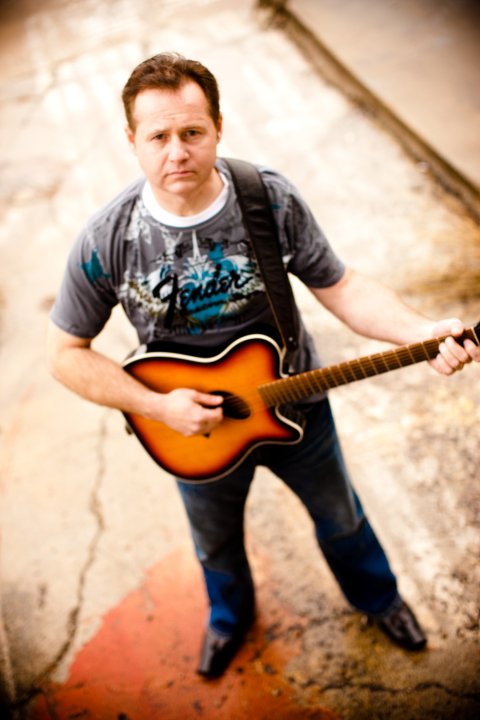 Billy started singing at an early age and as an Elvis Fan started imitating Elvis and feels
he learned to sing from Elvis. He started playing drums in about 1974 and played in a Rock N Roll band at age 15 called Iron Rose in North Carolina. He then started learning guitar, bass and piano and played in a Rush Cover band called “Us”on bass and keyboard before playing bass in a College Rock Band called The Treble Maniax. In the Late 90’s he started playing guitar and singing country music. Those bands were East Wind, James N Kane and Southern Breed. He move to Nashville Tennessee in 1999 to pursue a country music career. He had written songs with Dave Marshburn and brought alot of songs to town. He opened a business when he moved to town that eventually failed and really struggled to make a living. God really worked on him during this time and help him change his focus and Billy rededicated his life to Jesus. He did many plays at the Sumner County Theater and even worked on a couple of movies for the director doing the soundtrack for one movie. He started singing in the COLC Choir under Myles Rutherford and sang on one album there he met Tre’ Corley his Album Producer there. He then started singing with the CWC Choir under Greg Treadway and eventually started leading some songs. He also played Bass and Drums when needed with this group. During a Christmas Cantata Candy Christmas a well know Southern Gospel Singer that Billy had known for years but have never sang with he got the chance to sing with Candy and she then invited him to The Jefferson Street Bridge Ministry a Homeless Ministry in Nashville. Billy Currently plays Bass in the Praise & Worship Band at The Resting Place Church and has for about 8 years. During his time at the Bridge Ministry which he has been active in for over 10 years he finished writing the songs and recorded his Freshman Album “Man I Could Have Been”. Billy wrote or co-wrote most 10 Songs on the album and played some Guitar and Sang on it. The Album is a culmination of many years or playing music, Fasting, Praying and asking God to use him, Billy finally finished the Album he always dreamed of. Billy is now promoting the Album and singing for The Lord like his Mama told him. Hope it Blesses You!